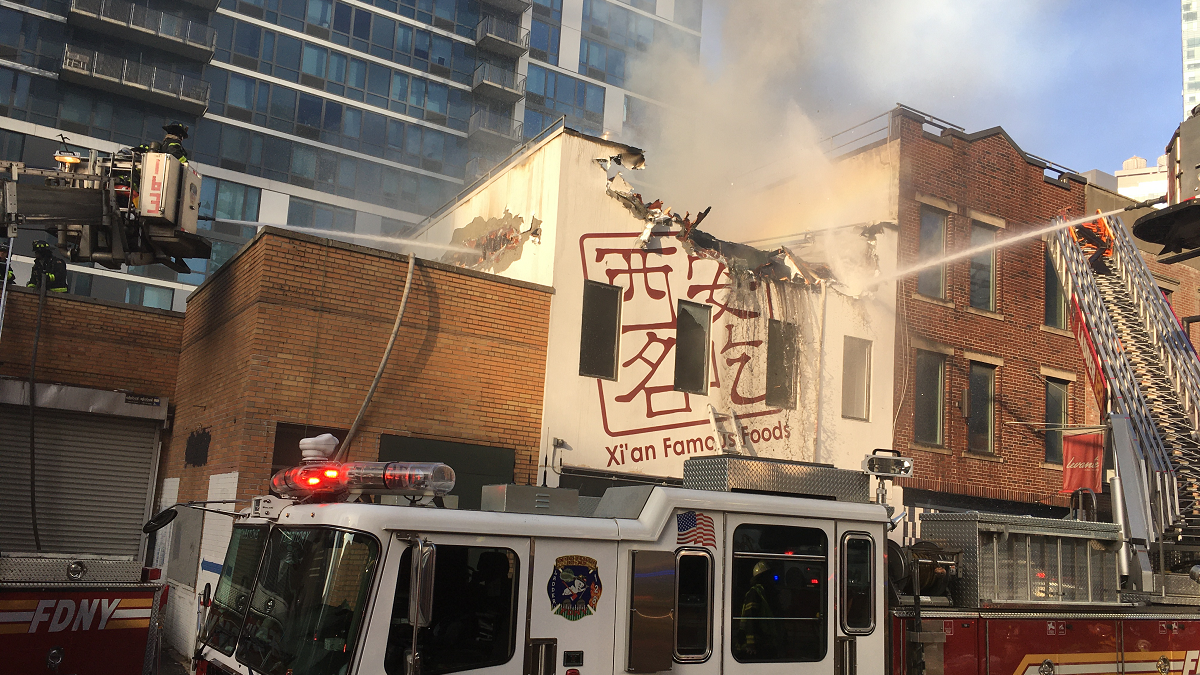 A three-alarm fire gutted the Long Island City branch of Xi’an Famous Foods, the Chinese restaurant that started in a Flushing basement and quickly became one of the city’s favorite chains.

The FDNY said 140 firefighters were battling the blaze Thursday afternoon. Pictures tweeted by the department show severe damage to the roof and sides of the building.

There was no immediate information on a cause; no one was injured.

The chain, which started in 2005, has 16 locations around the city, mostly in Manhattan.

Man confesses to 2 unsolved murders in Virginia and Maryland

Why NFL trainers are concerned about the transition from virtual to...

Hurricane season 2018: Forecast, predictions and what to expect