CHARLOTTE, N.C. — The New Orleans Saints made history last year when Alvin Kamara and Mark Ingram became the first running backs on the same team to both surpass 1,500 yards from scrimmage in the same season.

This season, the Saints have gotten even better at using them at the same time.

Heading into Monday’s 8:15 p.m. ET date on ESPN with the division rival Carolina Panthers, the Saints (11-2) have averaged 9.1 yards per play and scored five touchdowns on a total of 52 snaps when their dynamic duo is in the game together.

Last season, they averaged only 5.9 yards per play with two touchdowns in 58 such snaps, according to ESPN Stats & Information.

“It’s just something we added, and I think it helps us tremendously,” said Kamara, who has actually campaigned to be used even more often in jet-sweep motions as a wide receiver because he has seen the benefits of being a “decoy.”

Like when half of the Philadelphia Eagles‘ defense followed Kamara across the field in Week 11 while Ingram practically walked into the end zone for a 14-yard touchdown.

Or when the Saints jazzed it up even more in Week 10 at Cincinnati, with Drew Brees faking a jet-sweep handoff to Kamara, then faking a handoff to Ingram in the backfield, then looking back in Kamara’s direction on the right before dumping a screen pass off to Ingram on the left. Bengals linebacker Jordan Evans hesitated just enough to get obliterated by a block from Saints guard Andrus Peat. And the safeties didn’t get over in time to stop Ingram from scoring a 28-yard TD.

Then there was that time when the Saints made their biggest play of the season to date: Michael Thomas‘ 72-yard touchdown catch to clinch their 45-35 victory against the Los Angeles Rams in Week 9 on a third-and-7 play late in the fourth quarter. Ingram motioned out wide left as a receiver on that play, drawing a linebacker in pass coverage, while two defenders double-teamed Kamara and Thomas burned cornerback Marcus Peters in single coverage.

But opposing defenses, really, are damned if they do and damned if they don’t because Kamara isn’t always a decoy — obviously, considering he has 1,384 yards from scrimmage and 15 touchdowns this season.

Last week, the Saints did hand the ball to Kamara twice on those jet sweeps in the fourth quarter at Tampa Bay. And he gained 9 and 12 yards, respectively, on those plays.

The Saints’ use of Kamara and Ingram is just another example of Sean Payton’s constantly evolving creativity — which has also included some new read-option wrinkles with third-string quarterback Taysom Hill in one of the coach’s best seasons to date.

Last season, they averaged 7.13 yards per pass attempt and just 1.91 yards per rush.

Payton said defenses mostly just treat Kamara like a receiver when he lines up in the slot, with either a safety or nickel cornerback covering him — and Ingram said the days of linebackers covering Kamara are long gone.

But Payton had some fun with his answer when he was asked about how much “attention” defenses pay to Kamara compared with most slot receivers.

“Let’s describe attention,” Payton said. “If a player’s in the slot, [defenses] have to have someone over there. We put Drew Brees out in the slot this year [on some of the read-option plays with Hill at quarterback]. And no one thinks we’re gonna throw it to him, and yet you have to be sound, so someone goes there.

“But then you send Alvin in motion on a jet-sweep action, and that loosens maybe the side where you’re getting ready to run or creates some indecision. It’s a little softer, and Mark has a big play. If I sent Drew in jet-sweep motion, I don’t know that it would be as soft over there.

“If I sent a receiver, it would be somewhere between Alvin and Drew.”

Panthers cornerback Captain Munnerlyn referenced Carolina’s classic duo of DeAngelo Williams and Jonathan Stewart (both of whom ran for more than 1,100 yards in the same season in 2009) when he said, “Ain’t too many two-headed monsters, double trouble, like we had back in the day. So I guess [the Ingram-Kamara duo] has probably gotta be No. 1 right now.”

And that’s a great comparison, because what has always made Ingram and Kamara so special is how interchangeable they are — unlike some classic “thunder and lightning” duos. 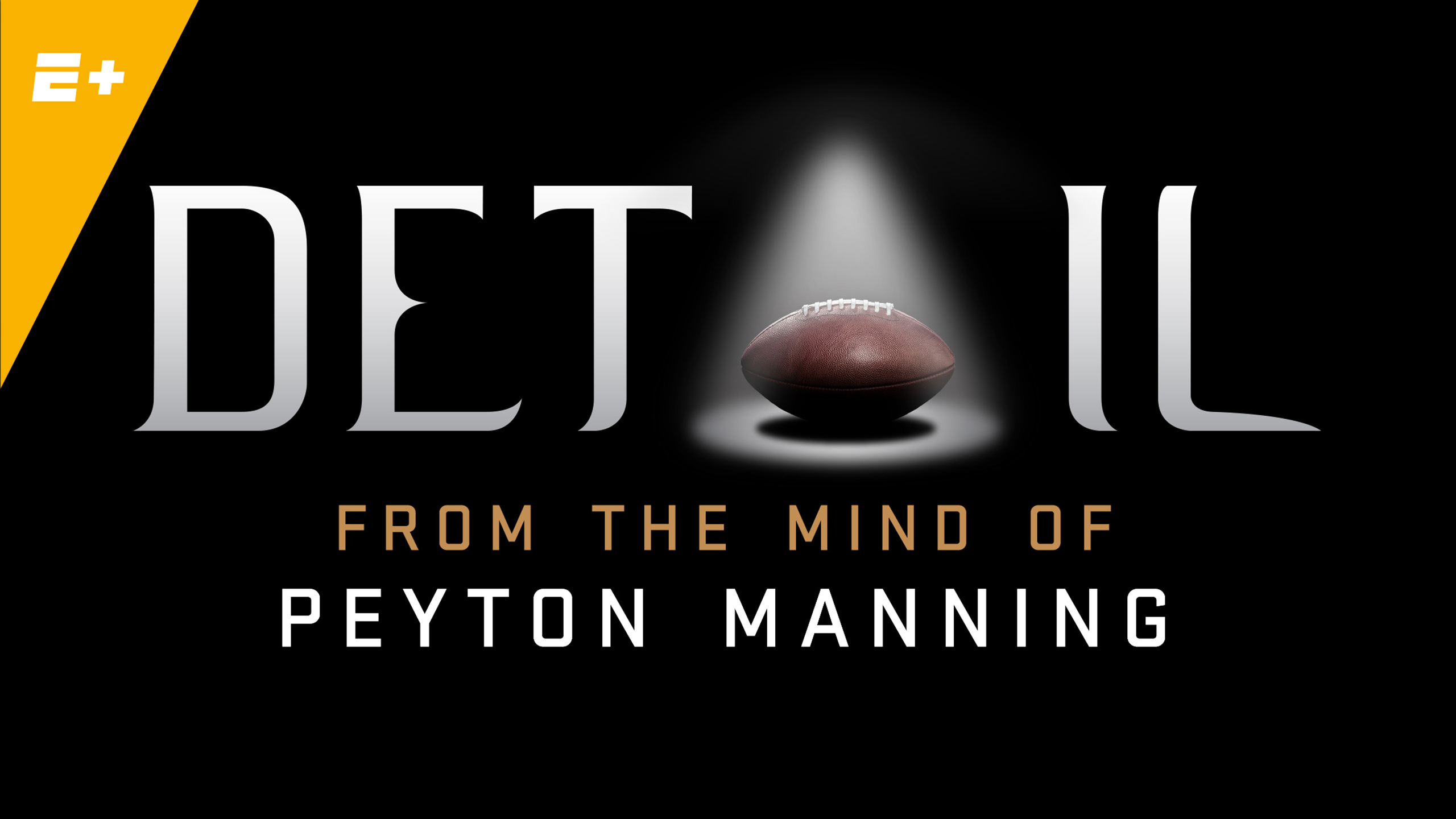 Bowen mentioned how much the Chicago Bears are doing similar things with their backfield duo of Jordan Howard and Tarik Cohen on the field at the same time this season — but their roles are more clearly defined with Howard as the traditional power back and Cohen as the more dynamic pass-catcher.

With Ingram and Kamara, there are less “tells” because both are capable of running with power up the middle, getting loose around the corner or catching the football.

Kamara (5-foot-10, 215 pounds) has obviously gotten a lot of deserved attention for his versatility since he burst onto the scene as a 2017 third-round draft pick and wound up winning the NFL’s Offensive Rookie of the Year award and going to the Pro Bowl.

But Ingram (5-foot-9, 215 pounds) has always loved to point out he was listed as an “athlete” instead of a running back coming out of high school. And he had a career-high 58 catches for 416 receiving yards last season to go with his career-high 1,124 rushing yards and 12 touchdowns when he made his second trip to the Pro Bowl.

“I love the fact that I might be underestimated in somebody’s scouting report,” said Ingram, who has 655 yards from scrimmage and six touchdowns this season in nine games after he served a four-game suspension to start the year for violating the NFL’s policy on performance-enhancing substances.

“I think some coaches know,” Ingram said. “But I think sometimes it can be easy to just pay more attention to Alvin or Mike [Thomas]. We’re so explosive, we’re so dangerous, they can forget about me and I’ll try and make ’em pay.”

Panthers coach Ron Rivera certainly knows. He went out of his way to praise Ingram when asked about the duo this week.

“Sure, Kamara is a little bit quicker on the outside. But when you watch the way Mark Ingram plays, he’s as impressive as any back in this league,” Rivera said. “And because they split so much time, I don’t think people really are aware how dynamic [No.] 22 is. I think the world of him.”

Ingram on verge of Saints history

Ingram’s career got off to a slow start when he was stuck in a timeshare with a Saints backfield that included Darren Sproles, Pierre Thomas and Chris Ivory, among others.

The Saints will have an interesting decision to make when Ingram becomes an unrestricted free agent after this season.

It seemed like they might be ready to move on from him because of Kamara’s emergence and ability to be an every-down back when needed. But the Saints repeatedly whiffed when they tried to find a complementary back to replace Ingram during the first four weeks — burning through such candidates as veterans Mike Gillislee, Jonathan Williams, Terrance West, Shane Vereen and rookie sixth-round draft pick Boston Scott, among others.

Obviously the Saints’ offense is better with Ingram — and because he has spent so much time sharing the workload, he said he still feels like he has a lot left in the tank.

“I think it just makes me healthier for a longer period of time,” said Ingram, who has developed a close bond with Kamara despite the fact they are technically competing for touches.

The duo — who always conduct their postgame interview sessions as a pair — describe a genuine “love” and “brotherhood” with one another.

Hollywood showed up for his pro debut

Putin Is Mum on Biden’s Victory, Foreshadowing Tense Years Ahead

Trump adviser: Additional $600 is a disincentive to go back to...

Peyton Manning to Broncos a preview of Tom Brady to Buccaneers?...

Oakland Raiders Tank Carradine out to show worth with Khalil Mack...