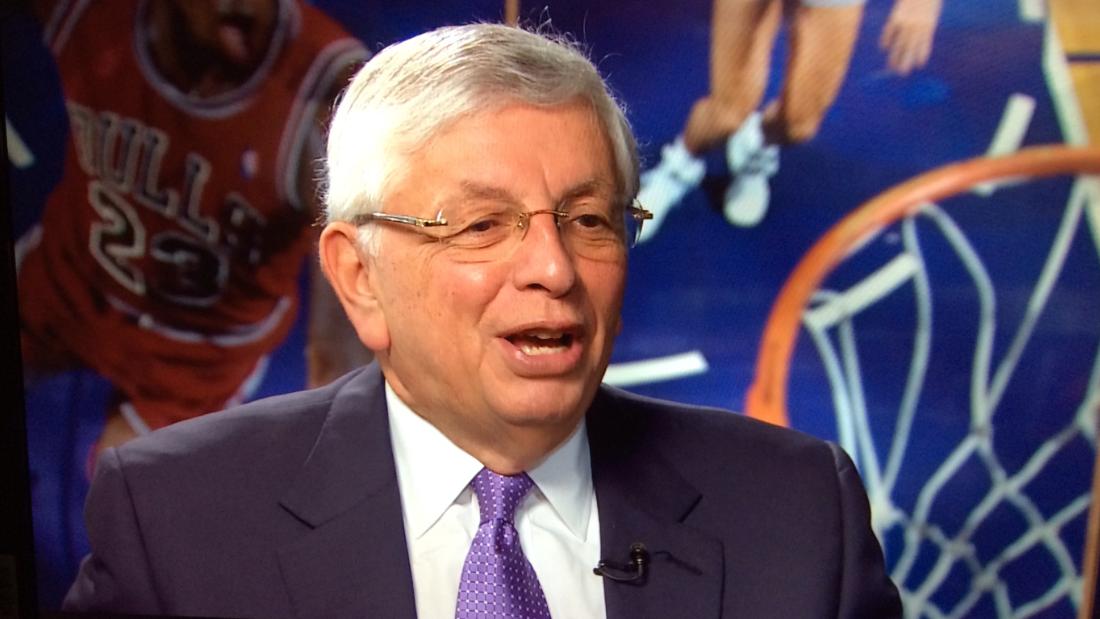 The NBA announced the news of his death in a statement stating Stern “passed away this afternoon as a result of the brain hemorrhage he suffered approximately three weeks ago. His wife, Dianne, and their family were with him at his bedside.”

On December 12, the NBA said Stern had suffered a sudden brain hemorrhage that required emergency surgery. His son, Eric, told CNN days later his father had not been conscious since the incident and was on a breathing tube.

The NBA wouldn’t be the league it is today without Stern. During his 30-year tenure as the league’s commissioner, Stern led a major franchise expansion and helped globalize the game, turning it into a multibillion business.

He also oversaw the creation of the Women’s National Basketball Association and the NBA Development League.

After graduating from Columbia Law School, the New York native became a skilled negotiator working in the litigation department of law firm Proskauer Rose. His involvement with the NBA began when he worked as outside counsel for cases involving the league in 1966.

He became the organization’s first general counsel in 1978 and was later promoted to executive vice president in charge of legal and business affairs before becoming the fourth NBA commissioner, replacing Larry O’Brien.

When Stern took his post as commissioner in 1984, television revenues were low and several franchises were in financial turmoil. But he quickly rolled up his sleeves and got to work.

Over the next 30 years until his retirement in 2014, the player’s salary cap grew from $3.6 million to just under $59 million, according to Forbes.

While television revenues jumped from around $22 million to about $930 million, and franchise values from $400 million in 1984 to $19 billion when Stern retired, the magazine reported.

The league took off globally under Stern’s tenure, becoming the first professional sports league to play regular-season games outside the US. Then NBA players were allowed to compete in the Olympics for the first time with Stern’s blessing.

Many, like former NBA star Shaquille O’Neal, saw Stern as a visionary.

“In 1994, he envisioned all that’s going on now. Europe, China, big TV contracts, free agency, guys being able to pick and control where they go,” O’Neal said on TNT’s “Inside the NBA” following the news of Stern’s hospitalization in December 2019.

Another big part of Stern’s strategy was marketing the league’s superstars and making them global icons. Magic Johnson and Larry Bird leading the charge in the ’80s, then Jordan in the ’90s and extending well into the 2000s with Kobe Bryant and LeBron James.

His ability to adapt and grow translated into the development of NBA.com and the league’s television and production company.

But it didn’t come without some growing pains and challenges.

Stern presided over four player lockouts and angered some players with tough disciplinary decisions and the adoption of an unpopular sideline dress code.

When Johnson announced he was retiring from the NBA and that he was HIV-positive in 1997, Stern stood close. Months later, he supported Johnson’s return to the league.

For Stern, it was a chance to educate fans on issues beyond the court.

“By virtue of that announcement, and the league’s standing behind him and assisting communications efforts about the disease, we taught the world not to be afraid of people who are HIV positive. That was a seminal moment for me,” he said in an interview with Columbia Law School in 2017.
In the years since he passed the reigns over to now-NBA commissioner Adam Silver, Stern became a senior adviser for the NBA, venture capital firm Greycroft Partners and investment bank PJT Partners, among other accomplishments.

Gasps, Tears as Never-Before-Seen Video of Attack Presented on Day 2...

After public grilling, ex-Trump lawyer Cohen to testify on Russia in...

In South Korea, a Spike in Covid Cases Meets a Collective...

First Flight From Kabul Is Hailed as Positive Step Amid Troubling...