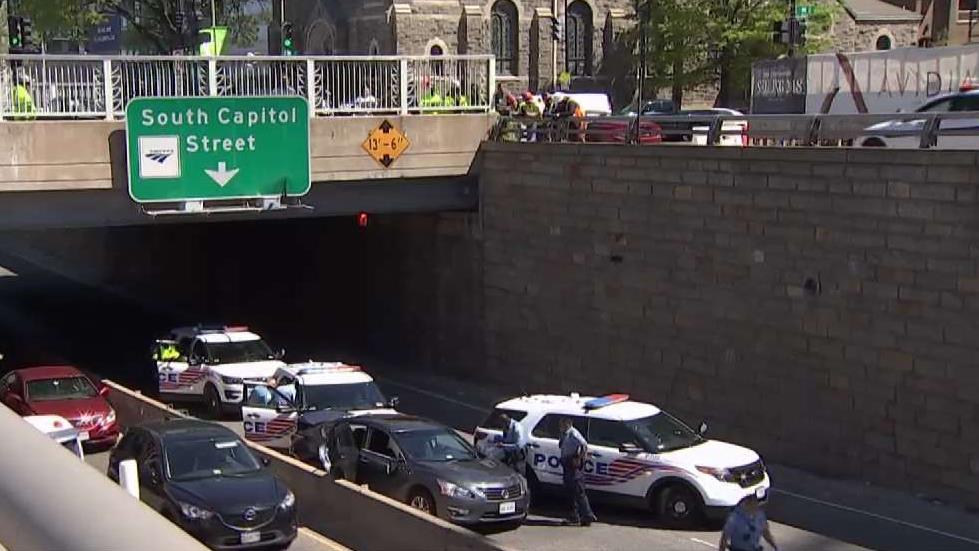 A judge ordered the Metropolitan Police Department in Washington to start following a law that went into effect three years ago requiring officers track the race of every person they stop in an effort to determine if police are racially profiling African-Americans.

Activists such as Eugene Puryear of Stop Police Terror Project DC believe police in Washington target African-Americans without probable cause.

“The D.C. police, like most police around the country, are using as their first point of contact with the black community these stop-and-frisk tactics based on assumption that black people are more likely to be committing certain crimes,” he said.

In 2016, the D.C. Council passed the NEAR Act to address those concerns. The law requires D.C. police to track the race of every person they stop, whether that person is charged with any violation or not. They must also track the location of the police stops.

But in the three years since the law was passed, D.C. police has not complied, saying its current technology can’t collect the data.

A D.C. Superior Court judge dismissed the argument, saying police could have come up with a temporary solution like a one-page form the judge has now ordered police to start using.

“Judicial intervention is now both warranted and necessary,” Judge John Campbell wrote in his ruling.

“We’ve been saying all along that we were going to have a full-time solution, which I believe this court will be comfortable with, in the summer,” Chief Peter Newsham said.

While Newsham said his department plans to start complying with the law by the end of July, it’s possible Mayor Muriel Bowser’s administration could appeal the judge’s decision and try to further delay collection of the data.

“The chief’s response is completely disingenuous,” said Scott Michelman of ACLU Washington, D.C., one of the groups that took the police department to court. “Even after being ordered to comply by a court, they are still considering ways to delay further.”

Preliminary data released by D.C. police shows of the 10,000 people arrested for driving without a license, 80% were African American.

Palestinian Outrage After U.S. Says Journalist Was Killed by Accident

For His Next Trick, This Magician Will Delight the World

Cam Newton says his contract with Patriots is about respect, not...

With Trump sitting nearby, Macron calls nationalism a betrayal

Top 20 Best Puns Ever To Crack Your Friends Up #LISTMAS

Scientists Are Trying to Spot New Viruses Before They Cause Pandemics

Having allergies or asthma may raise risk of heart disease, study...