Out go the storms, in comes the heat.

After storms wrecked havoc on Thursday, Storm Team 4 says Friday will be the start of a five-day heat wave in the tri-state, a stretch of 90-degree-plus temperatures that could be longest in nearly two years. The last five-day wave recorded in Central Park was from Aug. 11-15 in 2016.

The longest heat wave record ever recorded was back in August and September of 1953, which lasted for 12 days. The longest one in June was eight days, dating all the way back to 1901.

Hazy sunshine will sticky with the region through the weekend and into the start of the workweek next week.

Friday will be partly to mostly sunny with afternoon highs reaching the low 90s. It’s Saturday and Sunday when the real dangerous heat overtakes the area with temps peaking to the mid and possibly upper 90s, meteorologists said.

Heat index values could reach the 100-degree mark over the weekend. Cooling centers and NYC pools are open and available to catch much-needed relief from the heat.

The stifling heat is expected to break slightly by the Fourth of July on Wednesday, but temperatures are still expected to be in the upper 80s, with high humidity making it feel even hotter.

A pop-up shower or thunderstorm can’t be ruled out next week on Tuesday, Wednesday and Thursday, forecasters said. 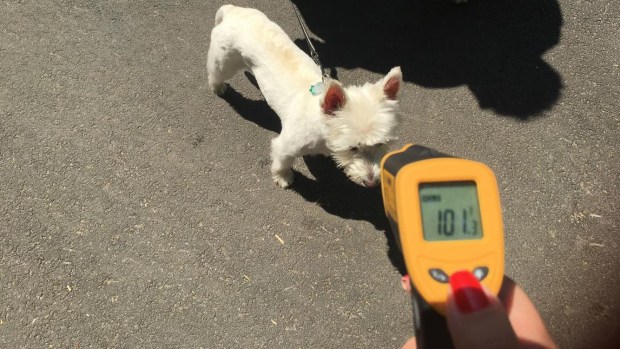 How Hot Things Got in Midtown on Record Breaking Day

It’s time to ask if you trust your mutual funds in...

The bull market in stocks seems as if it will never...

In Mubarak’s Legacy, Egyptians See the Failings of the Arab Spring

Joe Biden: There's a smarter way to be tough on Iran