FLORHAM PARK, N.J. — A look at what’s happening around the New York Jets:

1. McCown’s parting thought: With his mentor, confidant and de facto coach embarking on a new career, Sam Darnold is bound to experience occasional pangs of Josh McCown withdrawal during the upcoming season. Darnold is probably already feeling it. After all, the two quarterbacks were virtually inseparable last season and became BFFs.

“He’ll probably get lost on the way to the dry cleaners and he’ll be lonely at Chipotle,” McCown said last week in a phone interview, adding a touch of humor.

They devoured a lot of burritos last season — and Darnold learned a lot of football — but good things rarely last long in the NFL, a league defined by constant change. McCown, 39, who announced his retirement Monday, has moved on to a career as an ESPN NFL analyst. Darnold, 22, still the youngest quarterback on the Jets’ roster, will have to lean on his coaches, head coach Adam Gase and offensive coordinator/quarterbacks coach Dowell Loggains, more than ever.

“I tried to empty the clip with him and give him everything I could,” McCown said. “He’ll be just fine. Adam and Dowell will do a great job with him, and Trevor [Siemian] has played a lot of football. It’s a good room. Those guys will support him. I root for those guys, and I want to see Sam have a lot of success. Now he has to make it happen. If he needs me, I’m only a phone call away.”

I asked McCown where Darnold can make the most improvement in Year 2, and he said, “Playing fast and smart on the early downs.” It’s a great point, because the numbers show Darnold struggled on first and second downs (78.3 passer rating, 10 touchdowns, 10 interceptions) and played surprisingly well for a rookie on third down (83.5, seven TDs, three INTs). It’s usually the other way around because the coverages are more basic on early downs as compared to third down.

“He needs to know when to cut bait on a play and when to rip it,” McCown said. “That will be more fine-tuned this year because I know Adam will help with that. That will be the biggest jump for him. If he can eliminate five or six incompletions per game, it’ll be a major improvement.”

2. Money grows on Joshua Tree: McCown, who became a free agent in March, said he received a call from an interested team as recently as two weeks ago. It was tempting, but he decided it was time to call it a career after 17 years. What a run. He never was anybody’s franchise quarterback, but he showed the value of intelligence, toughness and selflessness. He parlayed those traits into $49.7 million in career earnings, according to Spotrac.

Little-known fact about McCown: In 2006, he lined up as a slot receiver for the Detroit Lions and caught two passes for 15 yards. At the time, the Lions employed a no-name quality-control coach on offense.

3. All the GM’s men: New general manager Joe Douglas has built a strong front office in a short period of time, hiring Rex Hogan (assistant GM), Chad Alexander (director of player personnel) and Phil Savage (senior adviser). The trio has 32 years of front-office experience, not to mention 21 years of combined experience as scouts. This is a more seasoned braintrust than the previous one.

The irony here is that none of them would have been available if the Jets had changed GMs in January. Jets CEO Christopher Johnson took a lot of heat for the odd timing of the Mike Maccagnan move, but there were some positives to waiting until after the draft.

The Alexander and Savage hires were expected because they have ties to Douglas — they all grew up in the Baltimore Ravens organization — but Hogan came out of the blue in more ways than one. Most recently, he was the Indianapolis Colts‘ vice president of player personnel. More to the point, he has no background with Douglas and worked with the Jets under Maccagnan.

That makes it a bit weird, but I can tell you this: Hogan is well respected in the scouting community. Yes, he was the Jets’ director of college scouting when they picked Christian Hackenberg in 2016, but pinning the Hackenberg debacle on him is akin to blaming Titanic’s chef for crashing into the iceberg. If you want to play the association game, you have to point out that Hogan was an important voice in a Colts front office that drafted two rookie All-Pro players in 2018, guard Quenton Nelson and linebacker Darius Leonard.

4. Insights from ‘Senior’ scout: After scouting for four different teams over 18 years, Jim Nagy knows the ins and outs of the business. In his current role, executive director of the Senior Bowl, he interacts with GMs all the time, so I thought it would be worth a call to get his take on the Douglas hire.

“He’s really well respected because he came up the right way,” Nagy said on ESPN’s Flight Deck podcast. “He wasn’t one of those guys that gets fast-tracked out of the gate and put in some position people in the league didn’t feel he earned. … He’s paid his dues. He’s one of those guys who hasn’t forgotten where he came from. Some guys, as they move up the ladder, you see them lose their way a little bit. That certainly hasn’t happened with Joe. He’s a hardworking, good guy, a really good evaluator.”

Nagy believes Savage, his predecessor as Senior Bowl director, will be the ideal complement to Douglas because of his previous GM experience with the Cleveland Browns. As Nagy said, “Where Joe will have most of his growing pains is going to be everything aside from the football” — and that’s where Savage can help.

Nagy also provided his scouting reports on two Jets draft picks, tackle Chuma Edoga (third round out of USC) and tight end Trevon Wesco (fourth from West Virginia), both of whom played in the Senior Bowl.

On Edoga: “Our West Coast [scout], in the bottom line of his report, he said, ‘I’m not sure if we want to reward this player with a Senior Bowl invite’ because there were some questions there in terms of commitment to football and some things of that nature. Nothing off the field — it’s not like he’s a bad person or anything — but just kind of commitment to football. But you put on the tape and you’re like, ‘Boy, this guy is really, really talented.’ … We had a bunch of first-round offensive linemen [in Mobile, Alabama] and I thought Chuma had the best week of any of them. Really, if there weren’t some of those questions coming out of the fall about some of the makeup stuff with Chuma, he might have been a first-round pick.”

On Wesco: “He was actually one of my favorite players in this year’s draft class. He’s got a lot of Swiss Army knife ability. This says something about his character. … We reached out to him and his agent and we said, ‘We’re bringing you in as a fullback, are you cool with that?’ He didn’t hesitate. He said, ‘Absolutely.’ … That speaks volumes about the kind of competitor he is. … At tight end, he’s kind of a dying breed — a guy who can play at the end of the line of scrimmage. He’s big and strong enough. He’s tough. He’ll fight his ass off.”

5. ‘No steps back’: Without a doubt, the Jets’ most consistent unit last season was special teams. That group ranked among the league leaders and actually sent two players to the Pro Bowl: kicker Jason Myers and kick returner Andre Roberts. 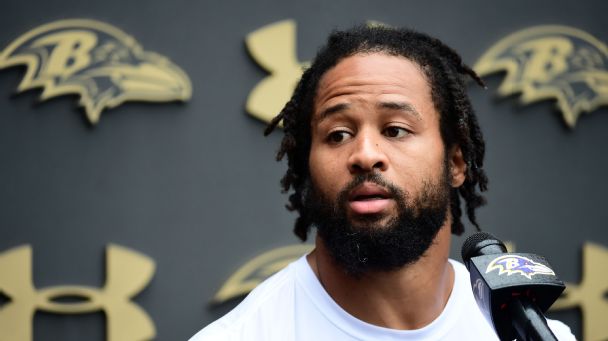 Just when they seemed to have it turned around … boom! The Jets failed to re-sign Myers and Roberts in free agency, weakening two of the strongest positions on the team.

“Is it hard to replace guys like that? Sure it is, but I’m confident somebody will emerge and get that done,” said special-teams coordinator Brant Boyer, who was retained by Gase.

Chandler Catanzaro, who had a solid season for the Jets in 2017, is slated to take Myers’ spot. As for Roberts’ replacement, it’s anybody’s guess. The list of candidates is longer than the line at your local DMV. Ty Montgomery, Deontay Burnett and Quadree Henderson are among those in the mix. Trenton Cannon, he of the dropsies last summer, didn’t return punts in the spring. Wasn’t that supposed to be his thing when the Jets drafted him? He was limited to kickoff returns in practice. At least they know he can cover kicks; he led the unit in tackles as a rookie.

The good news for Boyer is that most of his core guys are back — i.e., five of the six players who logged the most special-teams snaps. We’re talking about Brandon Copeland (327 snaps), Neville Hewitt (281), Charone Peake (241), Eric Tomlinson (223) and Jordan Jenkins (218). The only defection is Terrence Brooks (391), who signed with the New England Patriots.

“I think we set the bar pretty high last year,” said Boyer, adding that his mantra for 2019 is “No steps back.”

Cleveland Browns’ Deshaun Watson, in interview, apologizes to ‘all of the women that I have impacted in this situation’

Fantasy football for beginners – Get started in five easy steps

Saquon Barkley, 15 others featured in ESPN The Magazine 10th annual...

‘In America: A Lexicon of Fashion:’ What does American fashion mean...

Turnovers trump TDs on a near-magnificent night for Patrick Mahomes –...