A man from Baltimore, Maryland, opened fire during a video game tournament in Jacksonville, Florida, on Sunday, killing two people and injuring 11 others before turning the gun on himself, authorities say.

Katz used one handgun in the shooting inside a restaurant that was hosting a “Madden NFL 19” Southeastern Qualifier Tournament, Williams said. He said Katz died from a self-inflicted gunshot and authorities were still making final confirmation of his identity with the FBI and ATF assisting them in Baltimore.

Federal investigators could be seen outside a home in South Baltimore as part of the investigation.

Nine other people were wounded by gunfire and all were in stable condition Sunday evening, Williams said. He added that two others were injured in the chaos as people sought to flee the gunfire.

Williams said Katz was in Jacksonville for the gaming competition and he stayed somewhere in Jacksonville Friday night. Williams asked for anyone who has information about where Katz may have stayed to come forward to the sheriff’s office.

The game’s maker, EA Sports, lists a David Katz as a 2017 championship winner.

“The tragic situation that occurred Sunday in Jacksonville was a senseless act of violence that we strongly condemn,” EA Sports said in a statement on Twitter late Sunday night.

“Our most heartfelt sympathies go out to the families of the victims whose lives were taken today and those who were injured. All of us at Electronic Arts are devastated by this horrific event, and we also join the community in thanking the first responders who were quickly on the scene. Our focus right now is on those affected and supporting law enforcement as they continue their investigation into this crime,” read the rest of the statement. 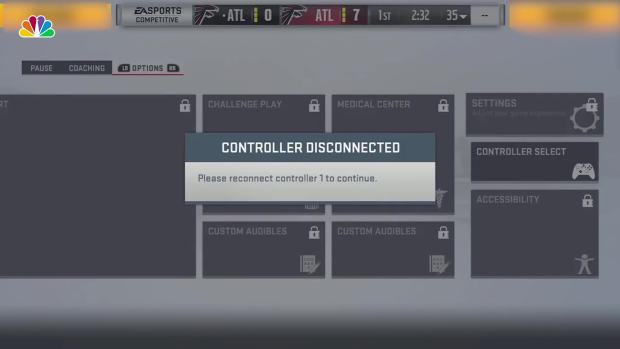 The investigation will take two weeks, an official says.

As Leaders Scramble to Stop No-Deal Brexit, Many Voters Dismiss the...

Meet the Students Fueling Hong Kong’s Protests: ‘We May Die’

Shaquem Griffin to go to NFL draft after getting invite

A mother gave birth to other couples’ babies because of an...

HIV remission: London patient might be second to be cured of...

U.S. Embraces Finland’s Move Toward NATO Membership. What About Ukraine?

Lebanon’s Financial Collapse Hits Where It Hurts: The Grocery Store