The alleged drunk driver accused of hitting a group of Boy Scouts as they walked along a Long Island street, killing one of them, has been freed on bail, angering the victim’s family.

The family of 12-year-old Andrew McMorris and about 100 supporters, many of them in Boy Scouts uniforms, came to court Monday, hoping for an end to their legal agony.

Mom of Killed Boy Scout Speaks as Suspect Back in Court

His frustration is in part the result of Murphy’s repeated pledge to plead guilty — a pledge his lawyer made for the third time since police say a drunken Murphy drove a car into a group of Scouts out on a hike. His lawyer Stephen McCarthy previously read in a statement on Murphy’s behalf, “It remains my ultimate intention to accept responsibility for my role in this tragic accident.”

But when Murphy faced the judge Monday, there was no guilty plea.

Lawyers from both sides merely said negotiations are continuing, with Murphy due in court again in March.

“We’re hoping justice will prevail and the family will get what they need,” sid Boy Scout Aaron McClintock.

Despite the disappointment, McMorris’ dad took time to hug and thank many of those who wore red ribbons and carried pictures of the young man his mother called great. 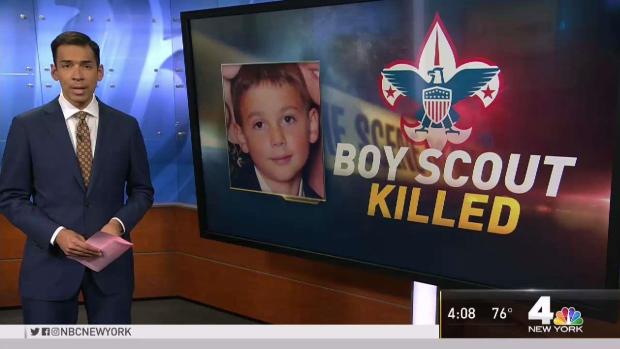 Murphy allegedly been playing golf and drinking large amounts of vodka at Swan Lake Golf Club in Manorville before he hit the group of boys on Sept. 30, prosecutors said.

He was initially charged with DWI, but was later indicted on 16 criminal charges, including aggravated vehicular homicide, second-degree manslaughter and aggravated driving while intoxicated.

Murphy allegedly refused a ride from a colleague in the club’s parking lot before he locked himself in his car, according to prosecutors.

On his ride home, he swerved onto the shoulder of the road and drove into five scouts who were walking in a single-file line with parents and several other scouts, prosecutors said.

Prosecutors say Murphy’s blood alcohol level after the crash was nearly twice the legal limit. His driver’s license has been suspended, according to prosecutors.

Boy Scout Dies After Being Hit by Alleged Drunk Driver 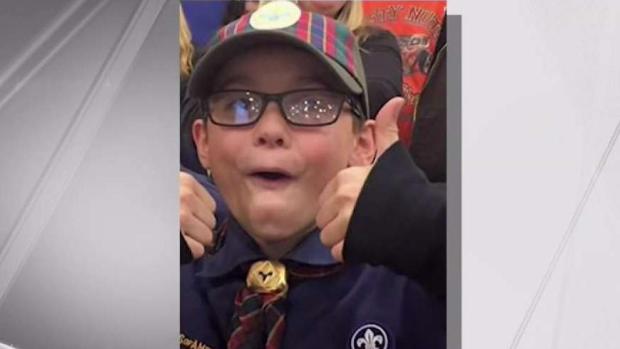 Murphy could face up to 25 years in prison if he’s convicted of the top count, prosecutors said.

How James Harden’s sneakers have fueled his MVP season