RENTON, Wash. — Hushed voices told the story inside a glum Seattle Seahawks locker room Sunday. In the interview room next door, even Russell Wilson seemed to come up a bit short of his usual win-or-lose enthusiasm.

The Seahawks had just suffered their worst loss of the season to cap one of their worst weeks in recent memory. It included a pair of suspensions to Josh Gordon and Al Woods, plus news that Duane Brown needs surgery that will sideline him into the postseason. And that was before the Seahawks, with playoff seeding on the line, got hammered at home by a last-place Cardinals team that went to CenturyLink Field with a 4-9-1 record and played a backup quarterback for the game’s final 25 minutes.

Before it was over, the Seahawks took perhaps their biggest personnel hit yet when Chris Carson suffered a season-ending hip fracture. C.J. Prosise, Carson’s backup, broke his arm on Seattle’s next possession.

The Seahawks needed running backs — plural — after losing Carson and Prosise two weeks after putting Rashaad Penny on IR with a torn ACL. And if the postgame scene Sunday was any indication, their locker room could use a shot in the arm heading into a rematch with the San Francisco 49ers that will determine the NFC West champion.

You can’t help but wonder how much of Seattle’s decision to bring back Lynch as is much about his personality — as beloved as it once was among his Seahawks teammates — as whatever production he might be able to give them.

He’s 33, after all. That’s old for an NFL player and ancient for a running back. He was running well with the Oakland Raiders last season before a groin injury landed him on IR, averaging 4.2 yards per carry with three touchdowns in six games. But it’s been over a year since he has played. You might have last seen him using the Al Davis Torch to light what he later confirmed to be a blunt before the Raiders’ Christmas Eve game last season, or more recently handing out tequila shots to tailgating Raiders fans before the team’s last game at the Oakland Coliseum.

Marshawn Lynch has entertained fans on an off the field with injury cart joy rides and Earth-shaking touchdown runs.

For whatever this is worth, coach Pete Carroll said Lynch has “been working really hard.”

“He’s had plenty of time to be working and get ready in case something came up, and I’m anxious to see him when we get him here,” Carroll told 710 ESPN Seattle on Monday, when Lynch was en route to the Seahawks’ facility to take a physical and discuss a potential Seahawks reunion. “There’s a lot of history here that’s great history.”

Carroll might have meant “exemplified” when he said there was “nobody that ever amplified the kind of mentality and toughness that we like to play with” more than Lynch. Either word works. Lynch’s hard-charging style set the tone for the Seahawks’ offense and helped define the greatest stretch in franchise history.

But let’s not forget how strained the relationship between Lynch and Seahawks management had become by the end of his Seattle tenure. There was a middle finger toward Seattle’s coaches during a 2013 game at Arizona, an eight-day holdout in training camp the next year and, perhaps most tellingly, Lynch’s stunning team officials by informing them at the last minute — right before buses were being boarded for the airport — that he wouldn’t make the trip to Minneapolis for a 2016 wild-card game. Those were just the incidents that became public.

It seemed it would take a special set of circumstances for the Seahawks to ever take another ride down Beast Mode road. These would qualify. 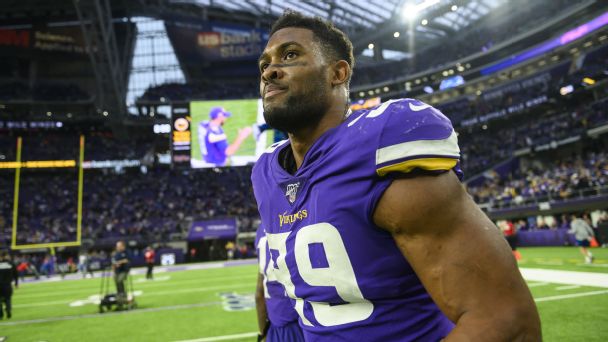 Before bringing back Lynch and another ex-Seahawk in Robert Turbin, Seattle was down to a single healthy tailback. It was fourth-stringer Travis Homer, a rookie sixth-round pick who entered Sunday with two career carries from scrimmage and gained 16 yards on five attempts against Arizona. That would be a challenge for any offense. It could be an insurmountable one for an offense such as Seattle’s that wants to run the ball to control the game and to set up its play-action attack.

“Let’s just call it a big role,” Carroll said with a laugh when asked what kind of a role Lynch could have, given how long he’s been out of football. “We’ve got to run the football, and we’ve got to do what we’ve got to do so that we can fit our game together, and so somebody’s going to be toting it. I thought Homer did a great job yesterday. Trav really came on and looked explosive and tough as he is and did a good job. He’s certainly ready to play football and can make some big plays. So he’s available to us, but the other two guys aren’t going to be there, so we’ve got to get ready to go.”

Whether it’s intentional or not, bringing back Lynch is a diversion the Seahawks will surely welcome. It shifts the conversation away from a dispiriting loss to a feel-good reunion with one of the best and most adored players in franchise history.

If nothing else, Lynch could give the Seahawks an emotional lift as they head into their most important game of the season and then the playoffs.

And maybe he does have enough left to make a significant impact on the field. If his career and his return to the Seahawks have shown anything, it’s that you just never know what Beast Mode will do next.

‘Billie Jean’ performances and a lot of Dan Campbell: What to expect from the Detroit Lions on ‘Hard Knocks’ – Detroit Lions Blog

Unai Emery Is Back for More

The Final Black Widow Trailer Is A Love Letter To Natasha’s...

Ron Rivera — Redskins like Dwayne Haskins but will consider all...

Hip hop best bet for a cheese that will please: Swiss...