The NYPD will be increasing its number of officers around New York City Wednesday as Halloween parades and festivals get underway on the one-year anniversary of the terror attack in Tribeca.

On Halloween last year, eight people simply enjoying a sunny afternoon lost their lives along a bike path that snakes along the Hudson River. NYC put up concrete barriers and metal bollards to add security in the aftermath of the attack.

The Greenwich Village Halloween Parade, which has taken place for nearly 50 years, will go on as normal Wednesday, but added security will be on hand. More than one million people attend the October event. Officers in uniform and plainclothes also police dogs are assigned to the parade. 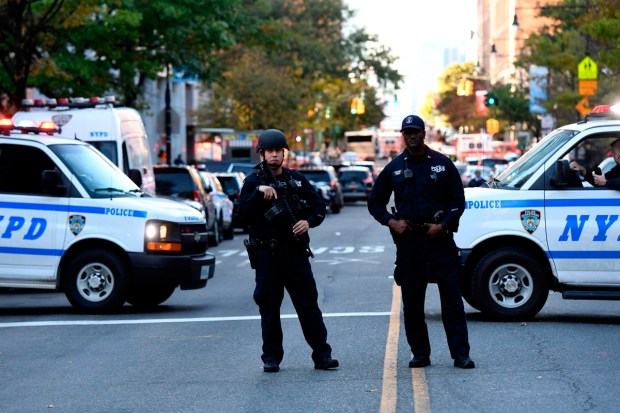 In the days following the attack, authorities called it a “cowardly act of terror.”

‘I Want to Reset My Brain’: Female Veterans Turn to Psychedelic Therapy

Is ‘Defund the Police’ a massive political mistake?

JR Smith signs with Lakers for rest of season

Riders in New York City Will Be Able to Purchase Snacks,...

‘How freedom from child marriage meant I could get an education’

Explainer: What is the Texas abortion ban?

How a Taliban Assassin Got Close Enough to Kill a General

How Do Virus Variants Get Their Names?