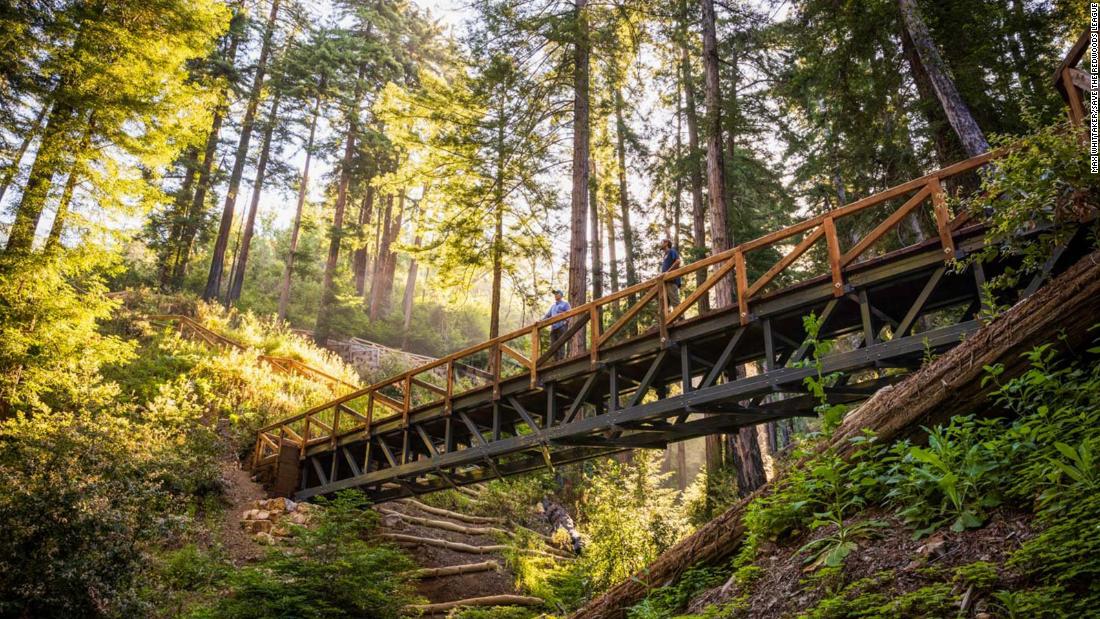 (CNN) — One of California’s popular hiking trails will reopen to the public after being damaged in a fire nearly 13 years ago.

The devastating Basin Complex Fire of 2008 charred 162,818 acres and is among the top 20 largest wildfires in California’s history, according to Cal Fire.

While the trail reopening is welcome news for nature enthusiasts, the time it took to repair the damage is a stark reminder of the trauma fires can cause to nature and the lengthy healing process needed to recover.

The newly renovated trail is a 0.75-mile stretch that leads under the region’s famous redwoods and through a gorge to a 60-foot waterfall, according to conservation group Save The Redwoods League.

“We’re thrilled to announce the reopening of the Pfeiffer Falls Trail,” said Jim Doran, a California State Parks program manager. “Before the 2008 Basin Complex Fire, this was one of the most popular trails in Big Sur — a destination for California tourists. With the trail’s many improvements completed, we’re happy to welcome visitors once again.”

Reconstruction on the trail began after the fire, but landslides and additional damage caused by subsequent fires delayed the renovation project for years, a statement from Save The Redwoods League said. The Soberanes Fire in July 2016 caused landslides from heavy rains and closed part of Highway 1 south of the park, which delayed the reopening for several years, the statement said.

The restoration project involved taking down fire-damaged infrastructure and replacing more than 4,150 square feet of asphalt and concrete, the conservation organization said.

“This challenging project…is a testament to the great and enduring partnership between Save the Redwoods League and California State Parks,” Jessica Inwood, senior parks program manager for Save the Redwoods League said in the statement. “Together, we were able to reimagine a new trail with the long-term protection of this sensitive coast redwood ecosystem in mind.”

Tom Brady announces retirement after 23 years in the NFL

A man who wore a watermelon on his head while stealing...

A Worldwide Scramble to Pull Off a Trump and Kim Summit

They Want It to Be Secret: How a Common Blood Test...

Polar vortex 2021: Every US state will see below freezing temperatures...