He said the missiles were intercepted by Belarusian air defense systems earlier this week.

Without providing any evidence of the alleged attack, Lukashenko – a close ally of Russian leader Vladimir Putin – called the act a “provocation”.

“Thank God, the Pantsir anti-aircraft systems managed to intercept all the missiles launched by the Armed Forces of Ukraine,” Lukashenko said in comments that appeared on his presidential website on Saturday and were also published by state-run news agency Belta.

He added that there were no soldiers from Belarus currently fighting in Ukraine.

The Ukrainian military did not immediately respond to CNN’s requests for comment on Lukashenko’s claims.

Formerly under Soviet control until declaring its sovereignty in 1990, Belarus remains one of Russia’s closest allies and has played a key role in its invasion of Ukraine – despite Lukashenko saying previously his country was “being dragged” into the war.

Russian troops launched the invasion on February 24 crossing into Ukraine from Belarus after months amassing along Ukraine’s border. In the first days of the assault, Russian Tu-22 “Backfire” bombers used Belarusian airspace to launch coordinated cruise missile attacks on targets within Ukraine, and NATO officials told CNN in March that the “vast majority” of Russian air operations in Ukraine are launched from Belarus.

Russian President Putin has said that sanctions and “unprecedented political and social pressure” from the West are speeding up his country’s reunification plans with Belarus.

Meanwhile, the governor of the Russian city of Belgorod – which lies near to the Ukrainian border – said at least three people had been killed and dozens of residential buildings damaged by explosions early on Sunday morning.

Among the injured were a 10-year-old child, Vyacheslav Gladkov said in a Telegram post.

Gladkov said the cause of the explosions was being investigated and that the region’s air defense systems had “presumably” worked.

Ukrainian officials have yet to comment on reports of the blasts.

Out of Prison, Taiwan Activist Urges Resistance to Beijing’s Threats

NJ Woman Charged With Stabbing Her Mother to Death: Prosecutors 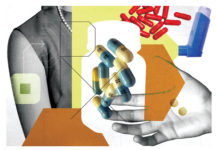 How To Watch the NCAA College Football Bowl Games

Biden: It's time to 'turn the page'