GMC’s new uber-expensive 2022 Sierra Denali Ultimate is the latest luxury truck to nudge toward six-figure territory. With demand for upmarket half-tons surging, GMC’s otherwise-solid pickup found itself in desperate need of an interior remodel. For 2022, we’re getting just that, and it appears ready to take the fight to the segment’s best, including the 2022 Ram 1500 Limited and 2022 Ford F-150 Limited. Here’s the new Denali Ultimate interior in all of its full-grain, open-pore glory. 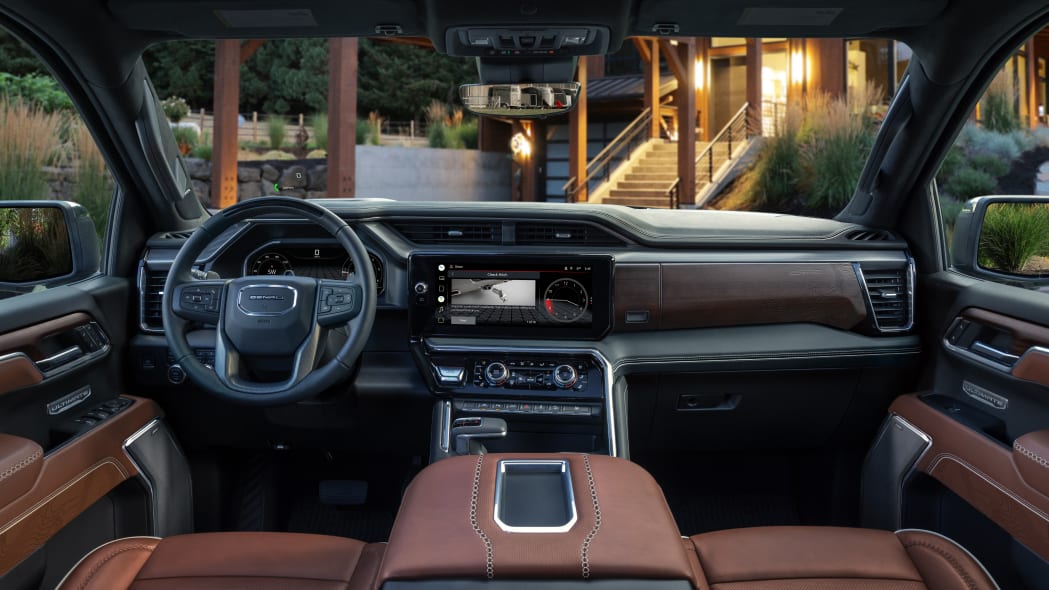 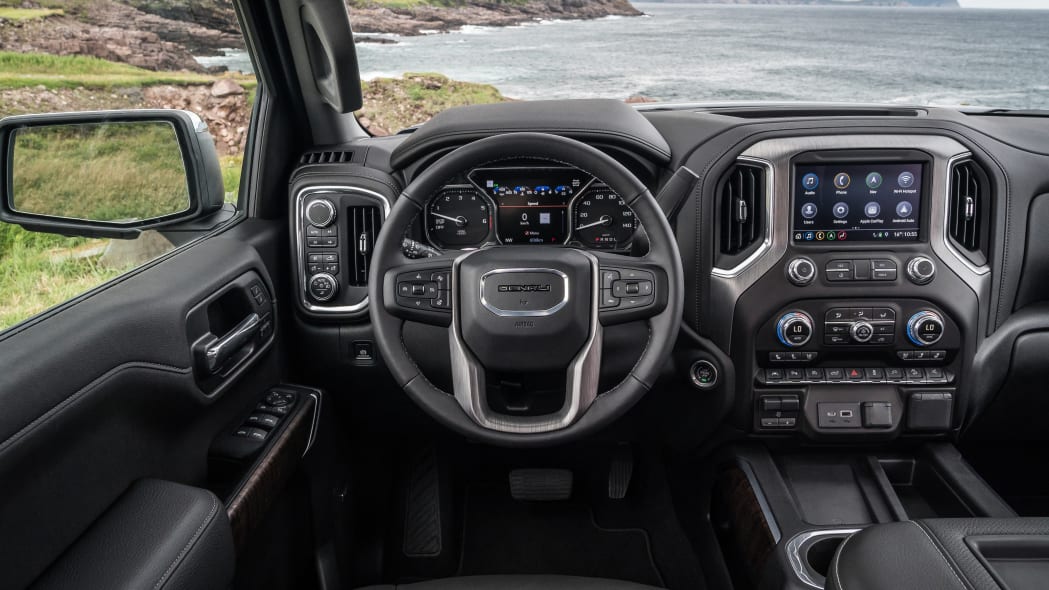 Not only did the material quality and styling both improve greatly, but the new truck also gets a completely different shifter setup (truck buyers don’t like column shifters anymore, apparently). It would actually be difficult to overstate the quality of the upgrade here; the photos really speak for themselves. It’s also worth noting that in addition to looking significantly more upscale than the model it’s succeeding, the new Denali interior also differs a bit more from its Chevy counterpart than its predecessor did. Here’s the new Silverado High Country for reference: 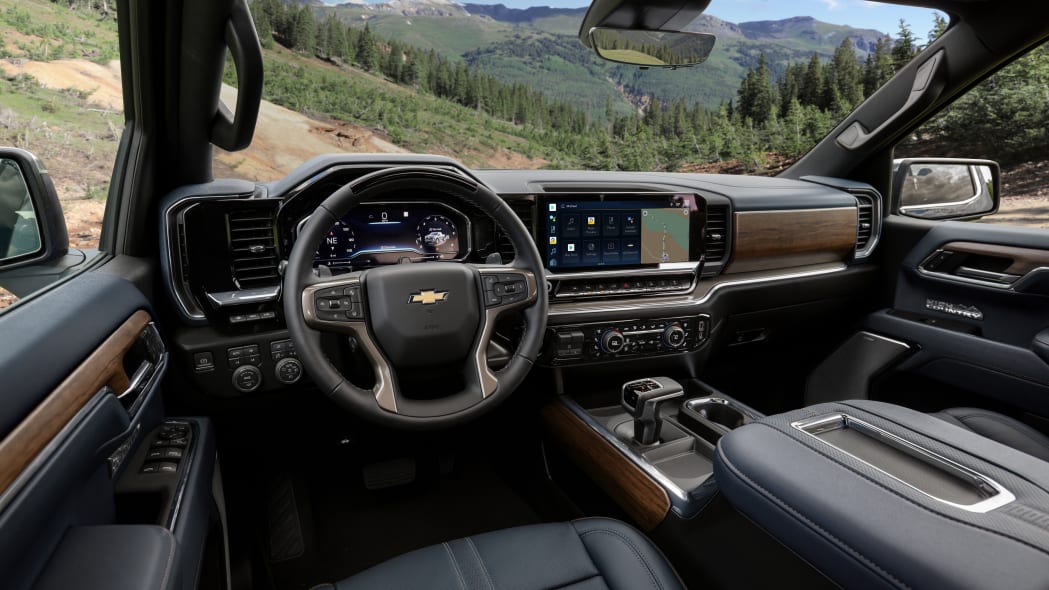 While some elements do carry over, the entire dash design is different, down to the positioning of the heating and cooling vents. While the main HVAC controls are essentially carried over, note that they’re pretty much the only ones. Even the horizontal bar of switches running along the center stack is positioned differently between the two. Yep. This is a pretty big upgrade over the 2021 cabin, and clearly the range-topper in GM’s truck hierarchy. But what of the competition? 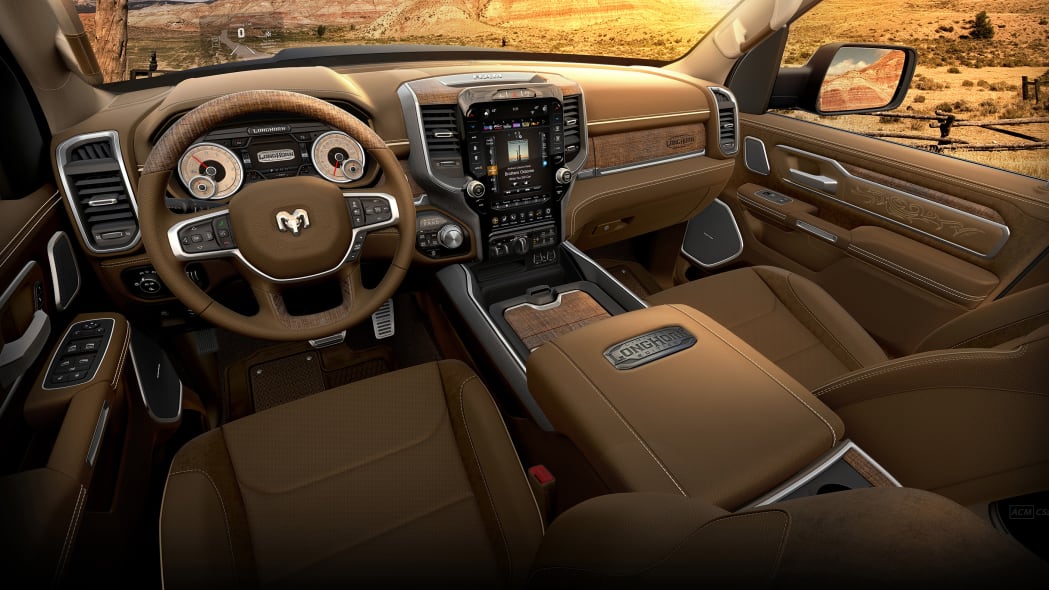 This one’s tough. We’re going to have to spend time in them back to back, but the Ram Limited, with its various anniversary editions and other special permutations, is certainly the interior to beat. To our eyes, the Sierra’s more horizontal layout is a bit more modern and perhaps luxurious-looking than the more upright cabin treatment of the Ram, but it’s tough to say for certain from photos. Both the Denali Ultimate and Ram Limited carry their upscale feel into their back benches too, which is something we can’t say quite as confidently about our next contestant. 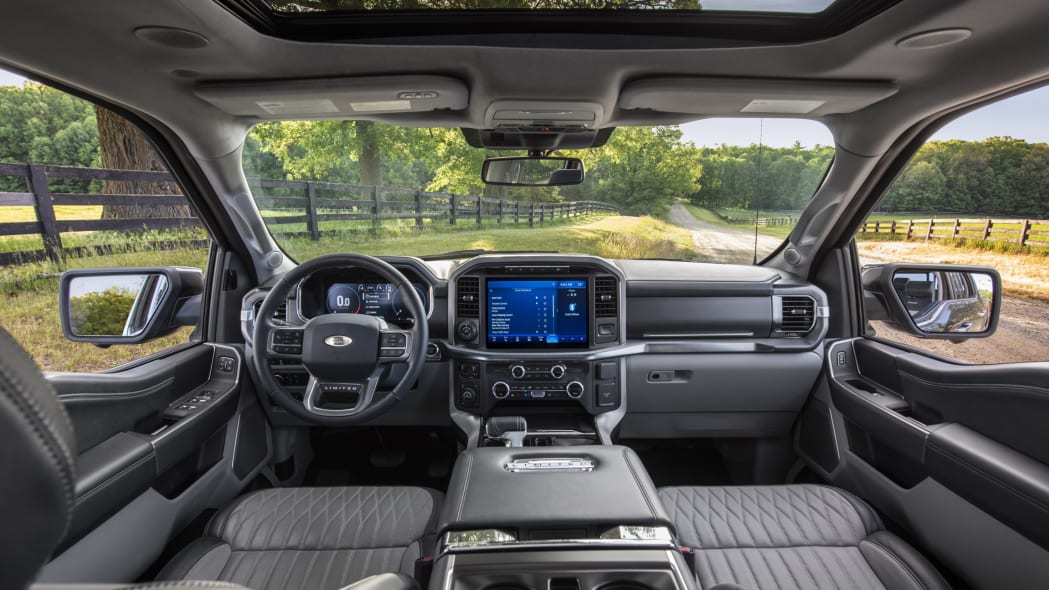 The Ford F-150 Limited holds its own, but it’s probably the least photogenic of the models we’ve looked at here, at least apart from the outgoing Denali. Ford’s advantage comes in “hey, neat” style feature content, like its Pro Power Onboard and Onboard Scales. That’s not to say the cabin is disappointing. Far from it, in fact, but it’s simply the least exciting of these higher-end trucks. That’s not much of an insult, especially since Ford is still invited to the party.

That’s more than we can say for Toyota or Nissan, at least for the moment, though the former may have something cooking called “Capstone.” This mysterious luxury trim could turn the segment on its ear, or just as easily amount to nothing at all. Only time will tell. For now, we can at least say this for certain: Denali is back.

Carvana’s unwinding triggers a cascade of warnings on Wall Street

Why getting into an Ivy League college is still difficult

Brittney Griner: The basketball star is the latest American to be...

Their teenage children died by suicide. Now these families want to...

They Wait Hours to Withdraw Cash, but Most A.T.M.s Are Empty

Treasury yields stabilize after stock rout ahead of ECB

Workhorse Group drops nearly 50% after EV company is passed over...

Vietnam’s richest man bets $2B to sell cars to Americans |...