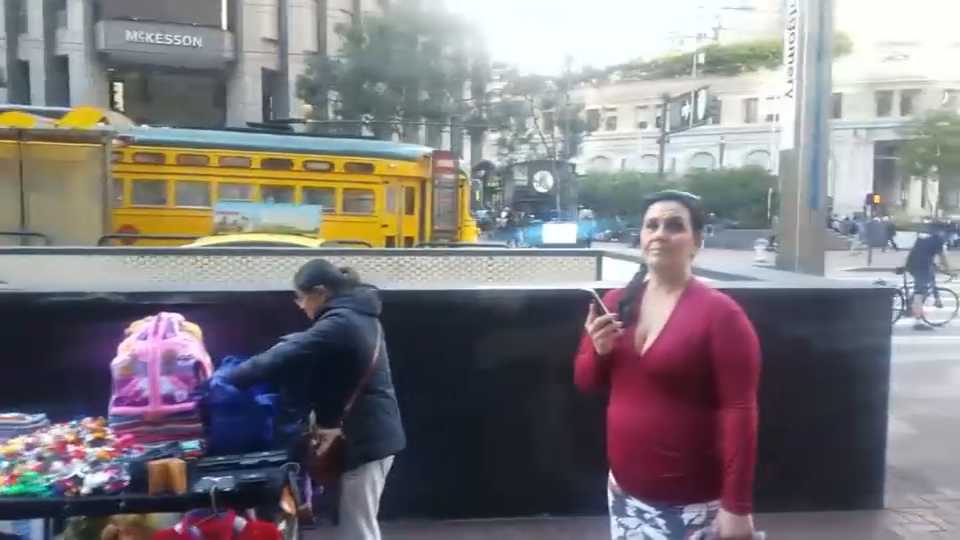 Now, another video has gone viral showing a woman being criticized for questioning a street vendor in San Francisco about whether they had a permit. The woman is being mocked and attacked on social media.

But some are saying the case is different.

Vendors along Market Street near San Francisco’s Ferry Building are required by law to have sellers permits. When vendors were shown the viral video, they said they would not be offended if someone asked them for their permits.

#PermitBetty is an online nickname that stuck for the woman wearing a red shirt in the video.

The man recording her and calling her by that name claims she is harassing the street vendor by asking if they have a seller’s permit. The video has been shared over 20,000 times just on Facebook and has garnered thousands of comments.

Many of the comments attack the woman. There has also been other fallout.

Non-profit Yerba Buena Community Benefit District told NBC Bay Area on Friday the woman in the video works for one of their service providers and that they have now cut ties with her after the video was posted.

It is unclear if the woman’s direct employer has taken any action against her or not. The company did not return requests for a comment on Friday.

According to employment attorney Leslie Levy, that kind of fame can cost you your job.

“The general rule in California or in most of the country most people have what’s called at will employment and they can be fired for any reason and no reason,” Levy said.

Several street artist in the same area told NBC Bay Area they do not have issue with the woman’s request.

“I don’t think that’s harassment,” street artist Frank Dong said. “Usually, I wouldn’t do what the woman do. I would mind my own business.”

Street vendor Greye Dixon said they usually keep their permits on the table.

“We’re proud that we had to go through the process to be here,” Dixon said. “I’ll tell you by looking at the video, that I’m actually irritated as a vendor because that for sure is not one of us, and she definitely shouldn’t be there.”

It was not clear from the cell phone video whether or not that vendor had a permit or who “Permit Betty” was calling during the interaction.

“The person doing the reporting is not doing anything illegal,” Levy said. “They may be doing something immoral.”

Where did it go wrong for the UK?

Ludacris – Giving Contestants a Season of Hell on “Fear Factor”...

Off Broadway Musical with Songs by Joe Iconis – Variety

Who’s Committed to What in the Music Industry – Variety