Pickle pizza is the newest trend in the long line of food crazes that society just can’t get enough of. Created by Rhino’s Pizzeria and Deli in Webster, this new concoction was thought up by an employee who attended a local pickle festival, and started wondering why more people weren’t putting pickles on top of pizza.

“We always try ridiculous toppings and new things, so we thought ‘Why not?’”, Cindy Arena, the manager of Rhino’s Pizzeria and Deli, said. “It’s funny because we’ve actually been serving it for a while now, but it wasn’t until about a month ago, when I posted a photo to Facebook that [it] just caught on and ended up going viral. It’s really just lucky.”

Although Arena posted the photo over a month ago, it didn’t start to catch notice until the last week or so, and now has amassed over 86,000 shares and 32,000 comments. Comments reveal that some people are definitely split when it comes to deciding whether putting pickles on pizza should even be allowed.

It’s got even more popular since New York Insider released a video last week of the quirky concoction from start to finish, which has now been shared over 255,000 times. It even caught the attention of Gordon Ramsey, who unfortunately simply wrote, “No.” on the video.

Fortunately, most seem to be fans, seeing as Rhino’s Pizzeria is going through five gallons of pickles per day at this point, according to Arena. “I have people from Canada messaging us [on Facebook] asking if I will ship to them,” Arena said. “It’s crazy!”

It’s so popular, they say people drive in from out of state just to nab a slice, from places like Pennsylvania, Ohio and even Toronto, which Rhino’s Pizzeria makes sure to document on their Facebook page.

For just $20, customers can get a large pie of mozzarella cheese, thinly sliced dill pickles, a sprinkling of dill, and some ranch dressing on the side to dip it in. But Arena believes that what really makes it so spectacular is base layer.

“The part of the pizza that really makes it stand out is our homemade white garlic sauce,” Arena said, which unfortunately is top secret.

This isn’t the first time Rhino’s Pizzeria has tried something different. In the past, they’ve been a local hot spot for their “red, white, and blue” pie, which is a white pizza with red onions and crumbled bleu cheese, and they’ve even been hailed for their “sub” pies, where they turn their signature sandwiches into pizza. 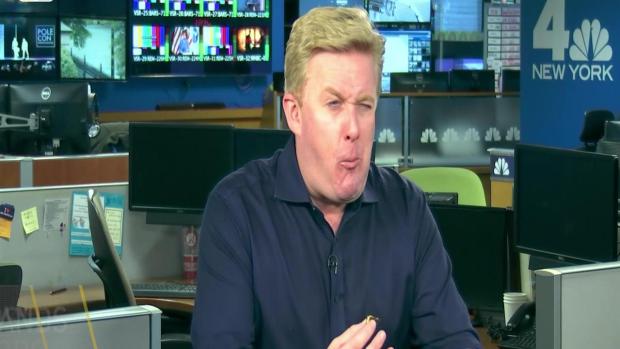 “We have one sub called the Donovan, with chicken fingers, ham, Swiss cheese, and country sweet sauce,” Arena said. “So we transform it by putting those toppings on a pizza, and people love it!”

For cool photos and information on this new craze and other specialty pies, check Rhino’s out on Instagram.

The Walking Dead Season 9 to Have Time Jump – Today’s...

Why Do Garfield Phones Keep Washing Up on This Beach?

Latin AMAs 2021: The Ultimate Guide to Every Celebrity Sighting